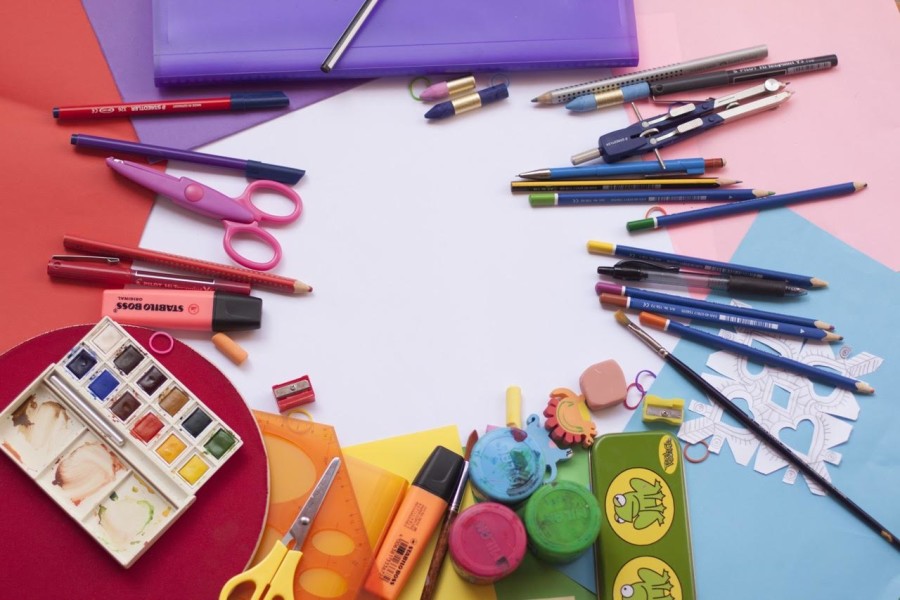 Move over green juices, creative juices are the key to wellbeing!

What do you think when I say the word ‘creative’?

For many, the word has the same impact as the word ‘exercise’: Eeek…!

Creativity is a big part of how we work at Wellbeing4Life because we know there is an absolute link between creativity, health and wellbeing.  We also know that you don’t have to be the ‘creative type’, so stop running for the hills and read on! It really doesn’t matter whether you’re a budding Picasso, an aspiring JK Rowling, the next Darcy Bussell or you don’t have a creative bone in your body, we can all get creative and reap the many rewards whilst having a load of fun!

So, what are the benefits of getting creative?

Are you a grumpy britches? A glass half empty kinda person?  It doesn’t have to be that way! Creativity is the answer to greater positivity and a nice full to the brim glass.

Getting involved in a creative activity just once a day can lead to a more positive state of mind. Studies show that creativity is linked to improvements in wellbeing in less than two weeks in those individuals who engage in daily creative pastimes. This positivity also generates happier, more supportive and rewarding relationships, energy (and we could all do with a bit more of that!) enthusiasm and excitement as well as positivity in the workplace.

And the news just gets better and better! These positive changes don’t just make us feel good in the moment; they’re shown to influence overall wellbeing.

Creativity can also have a positive effect on our mental health. Drawing, painting, or molding objects from clay has been scientifically proven to help people deal with trauma as it can help them express experiences that are just too difficult to put into words. I certainly saw this first hand when working in the hospice setting. Art and other creative outlets had the power and sensitivity to help patients express themselves in a safe and therapeutic way. Creativity can also help to maintain or reconstruct a positive identity, a really important part of good mental health and resilience.

Creative writing enables people to take negative situations that cannot be changed and integrate them into their life’s story, which in turn helps them find meaning to their experiences. Without meaning we are left feeling lost and vulnerable, often without a sense of how to move forward after a traumatic event.

When you first put pen to paper and write down your experiences you may actually feel worse as you bring bad memories to the surface.

However, this initial distress is usually only a short-term issue as studies show physical and emotional health benefits in the longer term. Writing about traumatic events also leads to improvements in a range of physical health issues such as chronic pain, reductions in visits to Doctors and improved immunity.

Writing is also helpful for those without a history of trauma.  In fact writing about positive experiences and describing your ‘best self’ is associated with increased psychological wellbeing as well as helping us to learn and strengthen the old memory muscle.

It’s the actual writing down of things, using good old-fashioned pen and paper, that is related to health benefits.  With the exception of the weekly shopping list, we tend to rely on technology to write things for us, which doesn’t offer the same health benefits. So…where did you put that pen?

Playing a musical instrument is also a great way to get creative. It helps the different areas of our brain to communicate with each other, leading to greater focus, concentration, resilience and productivity. Listening to music can increase immunity through interaction with certain parts of the brain (the amygdala and the hypothalamus if you’re interested), which play a part in mood regulation and hormonal processes, as well as in the body’s inflammatory response.

Ever fancied yourself on the stage? Getting in touch with your inner Meryl Streep or Morgan Freeman allows you to escape your own life for a little while and gives a boost to your wellbeing at the same time.   Play-acting has been found to improve psychological wellbeing in older people, after just four weeks. But that’s not all, it also improves cognitive functioning leading to better word and listening recall and improved problem-solving abilities.  Get down to your local Am Dram club quick smart!

Are you dancing?…I’m asking!
There’s a ton of research to support the notion that dancing is good for us in oh so many ways. Of course dancing has the benefit of helping us to get fit and stay in shape.  It’s also been shown to improve body image, improve mood, lower levels of fatigue and is associated with improvements in blood pressure and triglyceride levels (high levels of triglycerides could increase the risk of heart disease). Whether you’re reaching for your sequins, grabbing your leg warmers or donning your belly dancing attire, it seems dancing is the way to go!

‘Ah yes!’ I hear you argue…’but I’m just not the creative type’. Once upon a time we may have been led to believe that there are certain personality traits that are linked to creativity, such as being open to new experiences.

But we can no longer let you get away with the ‘I’m not the type’ kind of argument! Research shows that the benefits of getting creative are actually similar across all personality types so everybody, yes everybody, can benefit from injecting some daily creativity into their lives.  There’s no requirement for your creative efforts to be ‘good’ (this is often the overriding concern that puts people off getting creative). Instead you just need to think that you’ve been creative in order to experience greater positivity.

So now that we’ve convinced you of the benefits of getting creative…you are convinced, aren’t you?!…where do you start on your creative journey?

Like everything, start small, have fun and experiment until you find something that suits you. You might find joy in the garden creating a veggie or flower plot or letting yourself go with pen and paper. Perhaps a paintbrush and easel may be your thing or maybe you’d like to join a choir (there are even tuneless choirs if you love to sing but those around you don’t ‘appreciate’ you, shall we say).

Whatever it is, find something that you will enjoy doing on a regular (daily if possible) basis.  And of course don’t consider creative expression as something just to be achieved outside of work.  The work place will often throw up challenges but don’t let that put you off. Creativity can be used in all sorts of ways to problem solve, to build relationships and to foster good team working.

If you struggle to get in touch with your inner creativity then think like a child.  There’s a fascinating study, which highlights the benefits of thinking like a child. Two groups took part in the study. One group was given the following instructions: “You are seven years old, and school is canceled. You have the entire day to yourself. What would you do? Where would you go? Who would you see?” The second group was given the exact same instructions, except the first sentence was deleted. As a result, these students didn’t imagine themselves as seven-year-olds.  They were then asked to write down their responses after which they were asked to take part in various tests of creativity.  Guess who scored the highest….? Of course you know the answer…it was those who imagined their seven year old selves that showed greater creativity.  The moral of this story?  Get in touch with your inner child and invite them to come out to play from time to time.

Have fun getting creative, experiment and have fun and do let us know how you get on!